What Neighborhood Watch Is

In essence, Neighborhood Watch is a crime prevention program that stresses education and common sense (Stegenga 2000). It teaches citizens how to help themselves by identifying and reporting suspicious activity in their neighborhoods.

In addition, it provides citizens with the opportunity to make their neighborhoods safer and improve the quality of life. Neighborhood Watch groups typically focus on observation and awareness as a means of preventing crime and employ strategies that range from simply promoting social interaction and "watching out for each other" to active patrols by groups of citizens (Yin, et al, 1976).

Most neighborhood crime prevention groups are organized around a block or a neighborhood and are started with assistance from a law enforcement agency. Volunteers who donate their time and resources are typically at the center of such programs, since many do not have a formal budget or source of funding. One study (Garofalo and McLeod, 1988) found that most Neighborhood Watches were located in areas that contained high percentages of single-family homes, little or no commercial establishments, and residents who had lived at their current address for more than five years. This study also found that most of the programs used street signs to show the presence of the program to potentially deter any would-be criminals.

Bringing the Community Together

All Neighborhood Watches share one foundational idea: that bringing community members together to reestablish control of their neighborhoods promotes an increased quality of life and reduces the crime rate in that area. As Rosenbaum (1988) put it ... if social disorganization is the problem and if traditional agents of social control no longer are performing adequately, we need to find alternative ways to strengthen informal social control and to restore a ’sense of neighborhood’.

That’s precisely what Neighborhood Watch strives to do. In fact, from the earliest attempts to deal with the neighborhood structure as it relates to crime (through the Chicago Area Project of the early 1900s), to modern attempts at neighborhood crime prevention, collective action by residents has proved one of the most effective strategies.

The reason for this effectiveness is rather simple: Involving community members in watch programs decreases opportunities for criminals to commit crime rather than attempting to change their behavior or motivation.

Today’s Neighborhood Watch Program is an effective means of crime control and neighborhood cohesiveness. While not all of the programs in place today go by the same name, they all accomplish the same goal: to bring community members together to fight crime. As Minor aptly wrote, Neighborhood is the key to maintaining successful relationships. 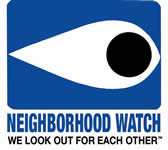